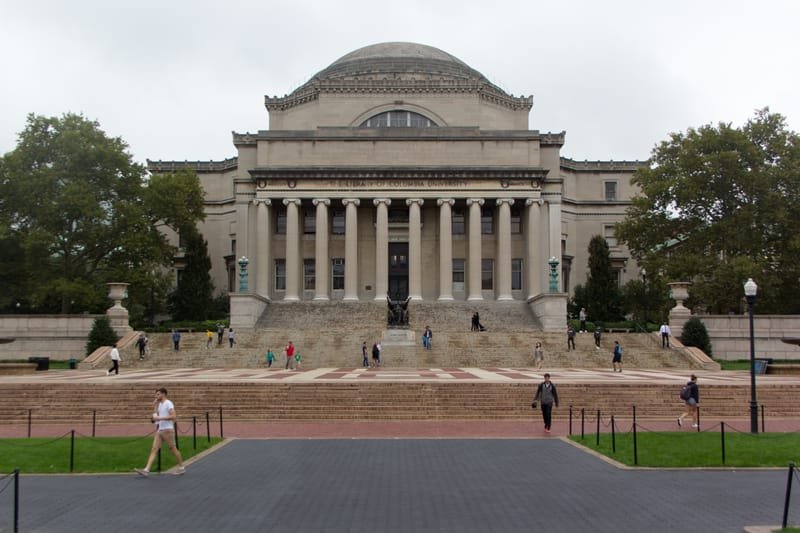 Completed in 1897, Low Library remained the main library of Columbia until 1934 when South Hall, then name of Butler Library, was constructed. Named after Abiel Abbot Low, father of the 11th President of Columbia Seth Low, the Library and its Plaza witnessed various major developments of Columbia.

Born in 1850, Seth Low lost his mother a week after his birth. His father Abiel Low, a central figure throughout his life, was a businessman who founded A. A. Low and Brothers, New York’s leading house in the China trade. In 1887, Abiel Low sold the company for ten million dollars, which he willed to be given to his son upon his death.

In 1890, Seth Low became the 11th President of the University after his predecessor Frederick A. P. Barnard died in 1889, the founding year of Barnard College. His rise to the presidency was a lucky one. Although Barnard had not named Low as one of his ideal candidates for succeeding the presidency, Low won the vote for presidency, because the Episcopalian clergy dominated Columbia’s Board of Trustees and Barnard’s candidates were not Episcopalian. Thus, Low, the Episcopalian, became president.

As President, Low accomplished administrative and physical feats for Columbia that prepared it to transition from a college to a university, paving way for Columbia’s ascent under Butler. Under Low, Columbia faculty reorganized to fit the trajectory of expansion, the forerunner of Teachers College began to develop, and the College of Physicians and Surgeons, previously abandoned by Columbia in 1813, regained the Columbia name through an agreement Low signed with the medical school in 1891. However, the most impressive achievement, of course, is Low’s decision to move Columbia from its Forty-ninth Street campus to Morningside Heights. 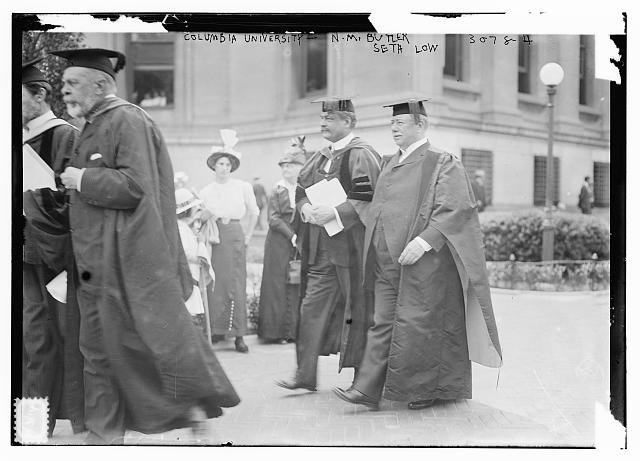 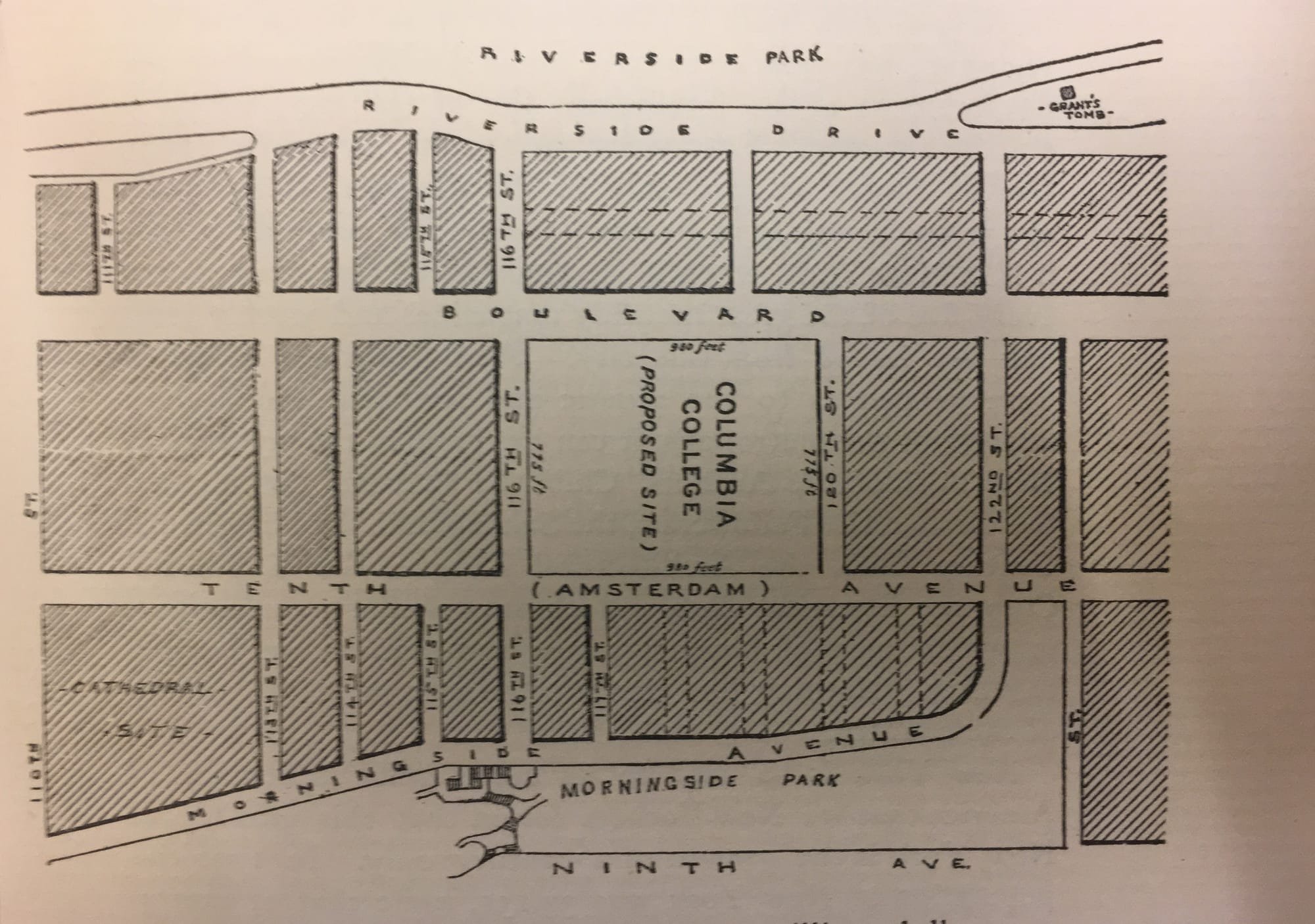 Low spearheaded Columbia’s move uptown in order to “provide expansion space where land was less expensive” and “give public expression to the emergence of the College as a University.” The decision was a strategic one. Apart from the fact that more land could be acquired with less money in Morningside Heights, the Morningside real estate also represented a possibility for the rise of an elite, Episcopalian university. The Cathedral of St. John the Divine, designed in 1888, were to be constructed on the east side of the Morningside plot and Bloomingdale Asylum and its broader New York Hospital—which occupied Morningside Heights before Columbia—had already been exclusively catering to the medical needs of Episcopalians and other Protestants. In short, white, Anglo-Saxon, Episcopalian elements of Morningside Heights, inarguably contributed to Low’s ability to successfully initiative the move. The by-product of the migration, however, was the precedent Low created; as Columbia’s history expanded, the University, too, would continue to expand northward and outward, creating a Columbian tradition of Black and Brown displacement after the Great Migration led to the development of the Harlem we know today.

In 1893, Seth Low received his father’s promised ten million, one million of which he donated to the University for the construction of the Library that celebrates his father’s life. Through gifting the University with a gift from his father, Low inadvertently set the precedent of alumni giving at Columbia, especially among alumni on the University’s Board of Trustees, as then Chairman of Board of Trustees William Schermerhorn continued the chain of giving by donating $450,000 for the construction of a building dedicated to the natural sciences. This unplanned creation of a giving tradition was imperative in Columbia’s expansion during Low’s presidency as well as that of Butler. 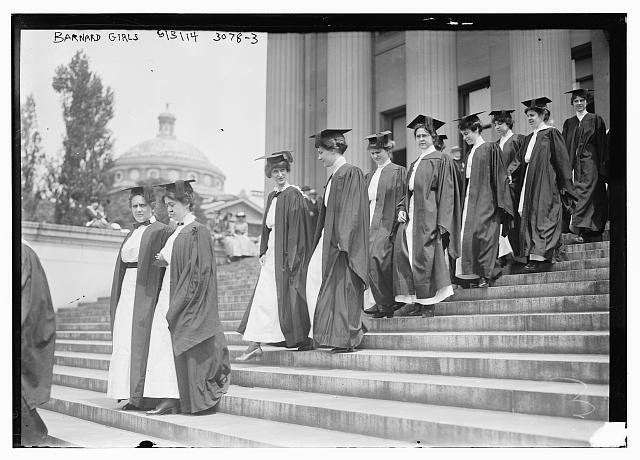 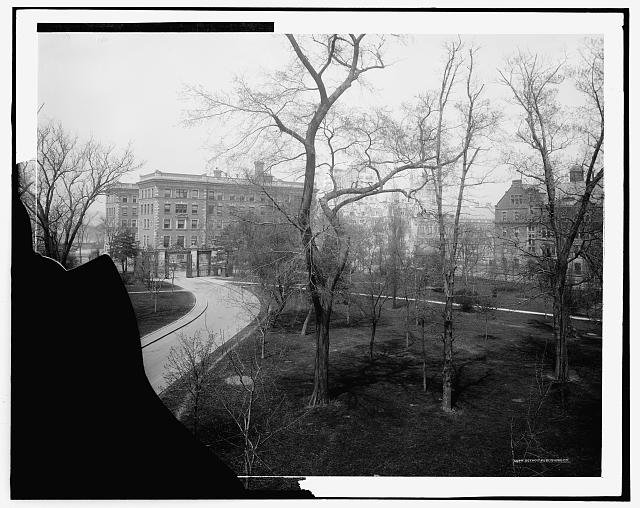 Low did not advocate for coeducation in Columbia College, but he did support the separate education of women through Barnard College, which led to the establishment of the latter College’s foundation of growth.

In the early-1890s, when many departments and schools of Columbia were offering their faculty to teach at Barnard, John W. Burgess—founder of Columbia School of Political Science (CSPS) and Dean of the School—vigorously opposed any development of the women-only institution and banned Barnard seniors from graduate courses at the CSPS, as he had opposed 11th University President F. A. P. Barnard’s proposal to bring coeducation to Columbia College in 1883. To resolve this deadlock between CSPS and Barnard College, Low made an anonymous donation of $36,000 to the Barnard Board of Trustees in order to underwrite the salaries of three new professors for three years. The three professors were all to be of the quality that matched the reputation of CSPS faculty, for they were expected to teach at both CSPS and Barnard—a compromise Burgess accepted reluctantly.

Furthermore, Low formalized a long-term inter-corporate agreement between Barnard and Columbia. By its terms, Barnard College would—

This agreement, which lasted eight decades, led to the delay in the admission of women at Columbia College, which began in 1983. Yet, ironically, Low’s support for the “separate but equal” education for women served as the foundation for Barnard’s development into the established college it is today.

Apart from the significance of Seth Low in Columbia’s history, Low Library was one of the five buildings occupied by student activists during the 1968 protests. After a negotiation between Columbia’s Student Afro Society (SAS) and the University’s Students for a Democratic Society, the SAS-SDS joint occupation came to an end and SAS remained in Hamilton Hall, while the white SAS protesters occupied Low Library. The students were protesting, among other issues, the proposed construction of a university-owned gymnasium in Morningside Park, as well as Columbia’s involvement in the Vietnam War.

Within Low, students barricaded themselves inside the office of the 14th University President Grayson L. Kirk, where they searched for documents relating to or proving the University’s ties to the aforesaid gym and War. A few days later on April 28, the Majority Coalition—composed of student athletes, fraternity members, and other undergraduates who disagreed with the student occupation by SDS—formed a blockade around Low to prevent the flow of food and water into the Library for the protesters. When the NYPD arrived at Columbia on April 30 to clear the University buildings, violence ensued between the police and students, as well as anti-SDS Majority Coalition members and student protesters. Hundreds were arrested and more protesters reported injuries throughout the day.