Opened in 1999, Alfred Lerner Hall is Columbia’s newest student center. With a 1,500-seat Roone Arledge Auditorium, a smaller black box theater, and offices for 90 student clubs, the building is home to—and carries on the legacy of—long-standing student organizations and traditions, particularly in the arts.

To this day, a number of student organizations continue the traditions that have defined life on campus for decades. Among others, there is the Varsity Show, Columbia’s oldest performing arts tradition, running annually since 1894. While the Varsity Show has been “bringing laughs to Morningside Heights with an annual satire on life at Columbia” for over a century, it also embraces a past that is less comical than its current capacity and mission.

From its founding, the Varsity Show has been at the center of entertainment at Columbia; during the first several decades of the Show, entertainment often came in the form of blackface minstrelsy, an undeniably Columbian tradition in the arts that has been forgotten in institutional memory. 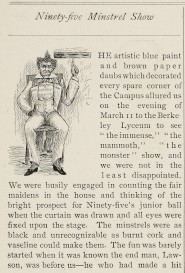 "as black and unrecognizable as burnt cork and vaseline" 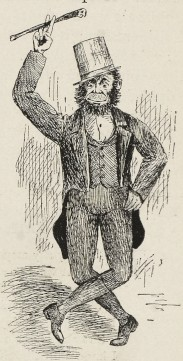 Drawing of Minstrel in Spectator 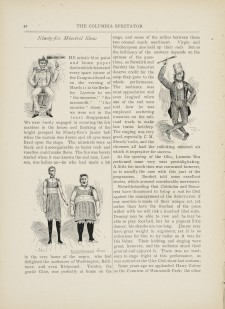 The 1904 show—“Isle of Illusia”—is perhaps the most stark example of the Varsity Show’s utilization of blackface. An original musical comedy written by Roi Cooper Megrue, class of 1903, “Isle of Illusia” includes a character named M. Issing Link, played by Walter E. Kelley, class of 1907. Throughout the show, Kelley’s character is never mentioned by name; rather, the actor amuses the audience through his feigned Blackness and music. The opening lines of “The Missing Link”—a self-titled song sung by Kelley—captures the role of M. Issing Link: 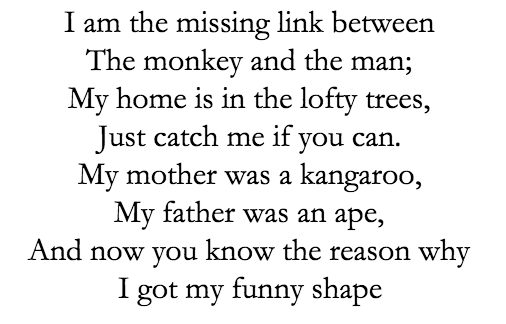 The significance of the character M. Issing Link lies with his social value. The character’s entire comic appeal is predicated on his Blackness, as evidenced by the song’s content. Through Kelley’s portrayal of M. Issing Link as a subhuman spectacle, the extreme dissonance between the character and the predominantly-white University audience produced the exact driving force of Columbia’s decades-long blackface tradition: laughter.

The Varsity Show’s history of blackface minstrelsy does not end with its 1904 production, as proven by the reviews of “Isle of Ilusia” and the Show’s continued productions involving blackface. In the first review of “Isle of Illusia” published by the Spectator, the reviewer notes:

Following the success of its 1904 production, the Varsity Show continued to feature blackface. In 1915, the Show produced “On Your Way,” which included a character in blackface named “Argument Story,” an ironic personification of plot itself in a satire that was considered to be plotless. The writer, Kenneth Webb, class of 1906, explained to the Spectator:

The next year, the Varsity Show’s 1916 production featured yet another blackface character—Washington Snow, otherwise known as “a dark secret”—played by Oscar Hammerstein, class of 1916, who won eight Tony Awards and two Academy Awards for Best Original Song during his theater career. Hammerstein’s character, like other traditional blackface characters, had an inconsequential role that produced consequential popularity for the actor and the Show. His foremost appearance arrived with a song titled “Jungle Jubilee” in the first act. A Spectator review from 1916 describes the scene:

Another review from Spectator offered similar praise and went as far as emulating Washington Snow’s language in the Show:

The derogatory presentation of Black identities by the Varsity Show created a culture of spectacle in which the Columbia community learned to understand Blackness as natural, humorous inferiority. This, in turn, unified the white majority of Columbia, students, faculty, and administrators alike, disguising Black exploitation as student tradition that deserved a permanent place at the University. 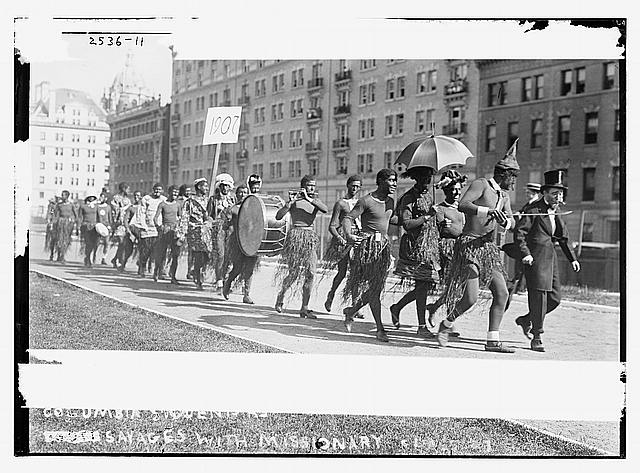 "Columbia students as savages with missionary" 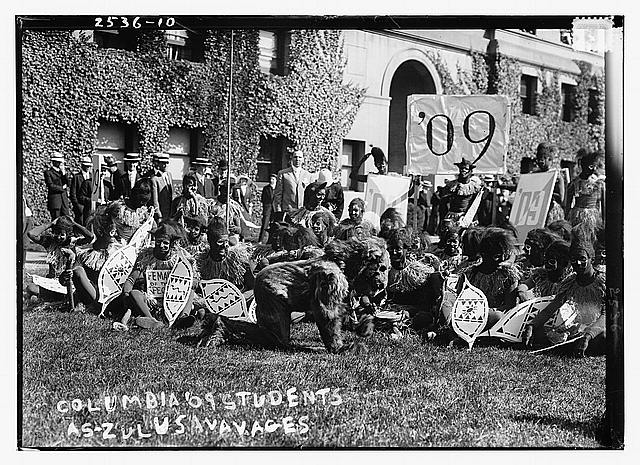